Exit meetings are one of the most important things that you can do. This is a critical component that bridges the season that you are concluding, with the next season that you will be going into. As a Coach, this a time that you can give your assessment on the performance of your players and talk to them about where they can improve, and what the off-season should look like for them. Also, this is a time where coaches should open the floor up for players to speak their minds as well.

If a coach is serious about improving his/her program, having exit meetings are non-negotiable. This is your time of evaluation. It should not be anything that you are afraid of having. This is simply a time of assessment, where you let each of your players know what you thought about their performance of the year. During this time, you should go over the goals that were set before the year began, to see if those markets were reached. Also, you can talk about how each player contributed to the team goals that were set. Make sure that with the evaluation, new goals and markers are set for the season to come, as well as a plan of action for the off-season on how each player can work to get there. Do not set goals with them and assume that they have the anecdote to reach them on their own. They need your leadership and guidance to get there.

One of the most important parts of having exit meetings is to make sure that that are dialogs. Players need to be able to voice how they felt about the season, on both the good and the bad things. As coaches, we need to posture ourselves to hear what they have to say wholeheartedly, even if what they are bringing light to hurts, or points the finger directly at us. Be careful not to just explain away a concern or complaint that a player has with some bottomless basketball…coaches talk explanation that sounds good just because you get uncomfortable and do not want to deal with what they are saying head-on. Deal with it, own up to it, and either let them know that you will work on what they are mentioning, or that you will get back to them with a solution, or that you will take what they are saying into consideration. And yes…sometimes there will be things that a player brings up that are really just things they are dealing with that have nothing to do with blaming the coaches, but it is still our responsibility to help them to navigate through what is on their minds to the best of our ability so that when they come out of the exit meeting, they have a better sense of clarity.

This is a time for both players and coaches to get better. Coaches see things differently than players. Players see things that coaches do not see. That’s why these meetings are needed as well. Exit meetings are meant to be a synergy between two parts of a team that help each other to recap the season, evaluate the good and the bad, and move forward with a better sense of direction in a better and stronger way than the season that just concluded. Together, if players and coaches embrace this time as an exciting and challenging time to get better, each season following exit meets ought to be better and progressional for the players, coaches and the team as a whole! 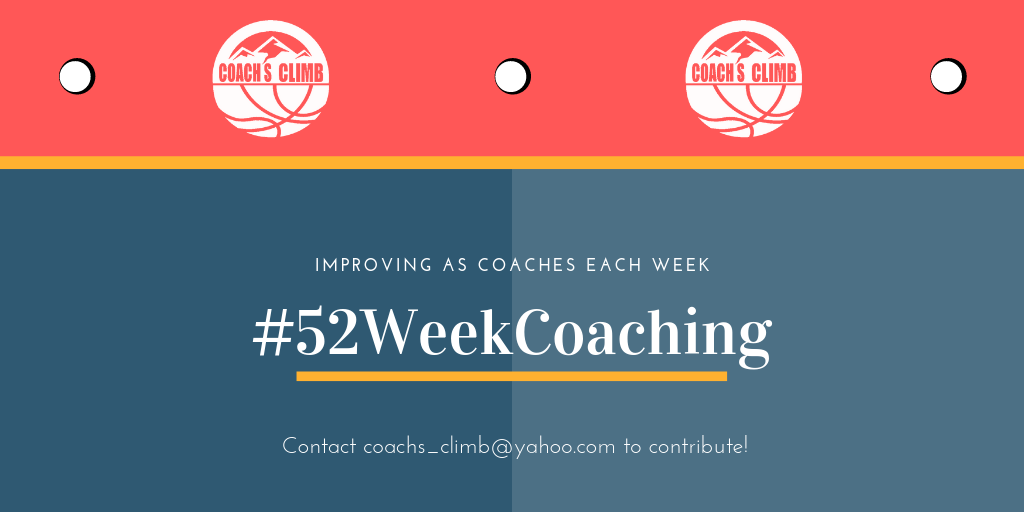 One thought on “Exit Meetings”