Coaches that have been in the game a bit likely can relate to what Steve Kerr is going through at the moment. Ok, not directly relatable given he has professional athletes to work with on a daily basis. However, all coaches have some experience with the feeling of first to worst. Coming from a situation where there is a significant amount of talent with palpable drive and leadership to a group that battles maturity (as of time), raw ability, and a high conceptual understanding of the game or system. 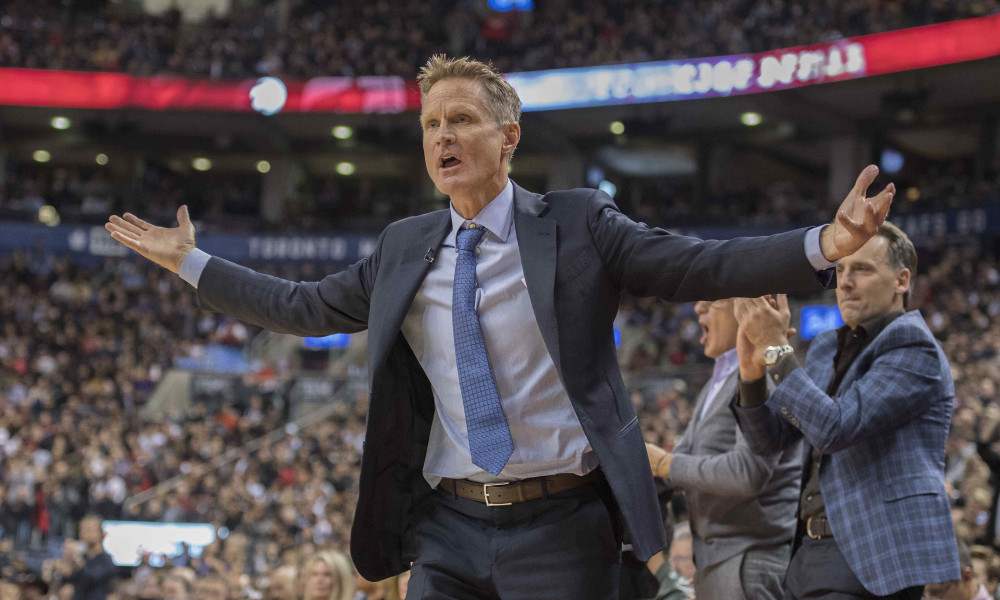 REALITY OF THE SITUATION

Time will tell, but the early part of the season indicates this could be a rough year for the Warriors, especially considering the recent event(s) of injuries losing Steph Curry, D’Angelo Russell, and Draymond Green. Consider, Steve Kerr is the same coach that created one of the most successful NBA runs in decades, yet the moment will suggest otherwise.

The Warriors do not have the offensive firepower to mitigate their defensive vulnerabilities. There was less continuity with this roster than in years past, thus the learning curve with their motion offense has been exposed. In translation, less ability and less shooting capability will lead to lower offensive efficiency. Less size and less experience will certainly result in defensive exploitation. Inevitably, people will begin to question tactics and aptitude. Despite a really good showing at home with a win against the Blazers – Warriors are unlikely to make the playoffs this year.

WHAT STARTS TO HAPPEN AS COACHES

For whatever reason prior to the season, you really never visualize it being as bad as it can actually get. You spend a lot of the time during preseason looking to find actual nuggets of positive pieces of play that you start to buy-in to the hypothetical ideal situations that would lead to success. When the actual competition starts and the wheels fall off there is an awakening discrepancy in competitiveness on the floor from practice to games. Losing sucks, there is no doubt about that, and when it happens internal questioning is the first response. Everything gets magnified and doubt naturally begins to occur. Despite that list of setbacks, we still have a job to do as coaches.

First off, it is about competition. Competing is a daily occurrence and has zero memory; each day is an opportunity to compete at the highest level. Everything about the season becomes less focused on opponent opportunity versus internal development. Since everything is magnified, re-evaluating circumstances often start internally through the scheme, personnel changes, core values reinforced, etc. To mitigate stress and train your brain turn all of your focus towards player development. Results will likely occur despite the most drastic changes that you attempt to make schematically, and of those changes, ask yourself if they are conducive for the betterment of the program in the long-term. Invest in those that are invested and find victories in improvement in any circumstance.

WHAT COMES OUT IN THE LONG RUN

Tough seasons can provide revelations – on the culture, program, and personnel. I don’t care how strong your culture or scheme is if there is a lack of talent on roster across-the-board; it will be very tough to consistently win games. Coaches have to get past that notion self-deprecating mentality real quick. Now, winning and competing are two different concepts.

Losing is conflict. And conflict creates necessary conversations. From those conversations between staff and personnel, there are calls for action.

From these discussions and revelations, opportunities are presented, changes are made, and commitment is validated. The Golden State Warriors are going to find long-term roster pieces from this season. Additionally, leadership and management will be tested on the commitment of the direction of the franchise. Despite injuries and attrition from free agency will this team continue to compete on a daily basis. If last night’s game against the Portland Trail Blazers was any indication and sustainable, then I’d say Kerr is doing his job and the players will make it tough on management come Spring. If it is any consolation Coach Kerr, and it doesn’t help, but we all been there!

Looking for a Coaching Job